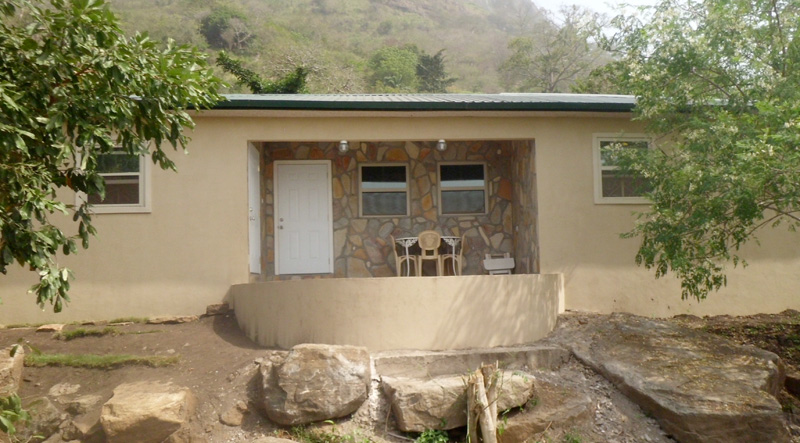 In 2001 we had bought a nice home in the small town of Vienna Ontario Canada. In 2003 the Lord called us to Ghana which meant we had to give up our nice house. For over three years we lived without electricity and running water and without many other privileges which we had in Canada. In 2007 we were told that we had one month to pack up and leave the house which we had built and 12 acres which we had developed. We had just that year unexpectedly received some personal money which helped us to build a small 525 square feet house. In 2009 some people asked me when I was going to build a bigger house for my family. We thought we were ok in this small house. In 2010 someone stood in front of the small house and said to me. Jake, I am going to go back and get money together so you can build a bigger house, and he did! Today we live in this beautiful house! We came home from the town of Ho the other day and Katharine said “I am actually looking forward to going home!” We thank all of you who have helped in this project. We pray that the Lord Jesus would reward you for this. It is a huge blessing for us. “Then Peter said to Him, “Behold, we have left everything and followed You; what then will there be for us?” 28 And Jesus said to them, “Truly I say to you, that you who have followed Me, in the regeneration when the Son of Man will sit on His glorious throne, you also shall sit upon twelve thrones, judging the twelve tribes of Israel. 29 “And everyone who has left houses or brothers or sisters or father or mother or children or farms for My name’s sake, will receive many times as much, and will inherit eternal life. 30 ” But many who are first will be last; and the last, first.” Matt 19:27-30 NASU. We left a beautiful house to come and minister the gospel, but the Lord has abundantly provided! Thank you Jesus.